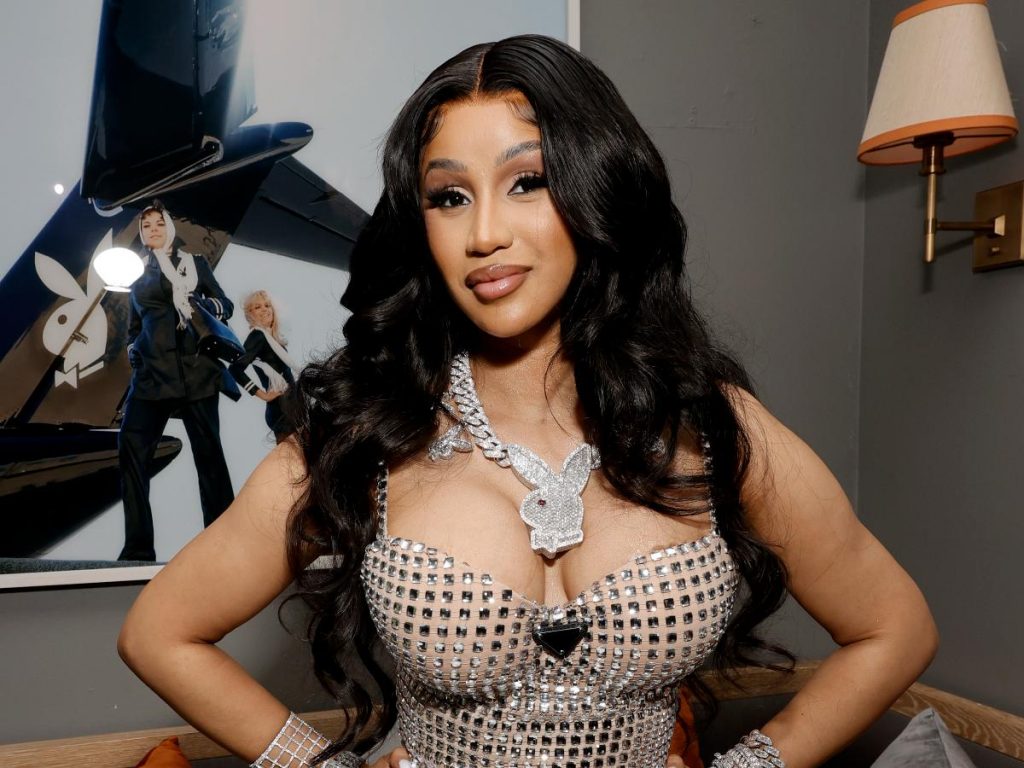 The rapper will not let you invade her privacy.

Cardi B will not let you invade her privacy. The rapper, who gave birth to her second child with Migos rapper Offset six months ago, has so far not revealed the baby boy’s name. And, until Tuesday (March 8), she hadn’t given us even a glimpse of his face.

So, after first lamenting in a tweet that she couldn’t relieve little man’s teething aches — “Ugh I wish I can take my sweet baby teething pain away. He has been sad all day” — the “I Like It” rapper answered a fan’s question about why she hasn’t posted a photo of her baby yet with a teeny, tiny peek at his adorable face.

“Our baby cousin got teeth coming in and we ain’t seen him yet,” the fan wrote in response to the toothache tweet. And while Cardi didn’t totally cave to the pressure to post, she did respond on Wednesday (March 9) in her own inimitable way. “That’s all ya’ll will get,” she tweeted along with a super zoomed-in pic of what appeared to be the lil guy’s eye.

But, Twitter being Twitter, that wasn’t enough. In a follow-up, Cardi, 29, fired back at those who complained that the picture was less than meets the eye. “How people mad cause people was asking me to see my son and I replied ?” she tweeted. “It seems like I can’t do or say nothing these days wit out people getting irritated. Maybe i should delete my social media or just die cause Wtff.”

After some back-and-forth and support from a Bardi Gang member who told her not to sweat the haters, Cardi promised that her unnamed upcoming single will leave them in the dust. “You right babes …Imma let people have their fun ….Cause my next single is super pressure,” she promised.

The rapper is hard at work on her follow-up to 2018’s smash debut, Invasion of Privacy, whose release date and title have not yet been announced.

See the tweets below.