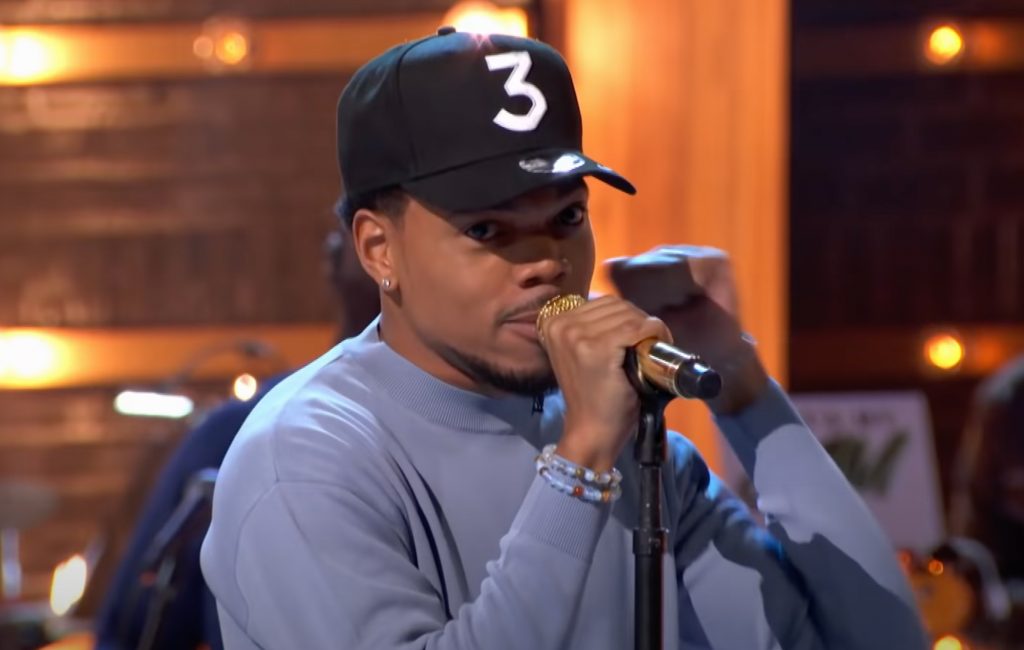 Chance shared some travel tales on “The Late Show” (April 11), including a “life-changing” trip to Ghana he took with Vic Mensa.

The last time Chance the Rapper blew up and set records was with Coloring Book. It has been 10 years since his debut mixtape, 10 Day.

Chance hasn’t stopped even though the years have passed (a few breaks included). He has won three Grammys, BET Awards, contributed to Disney’s Lion King (he was reportedly the “nostalgia consultant”), and is making fans everywhere he goes.

Chance the Rapper appeared on The Late Show on Monday (April 11) to share some travel stories, including memories of a “life changing” trip to Ghana with Vic Mensa, where he met Ghanian-American musicians Moses Sumney and Na*la Opiangah, both of whom collaborated on the title track of his new album.

On Stephen Colbert’s late-night show, Chance declared Sumney “one of the greatest artists of our generation” and recalled how he and Opiangah had long conversations about the connections between music and the fine arts, and how creators are all too often shut out of the process when their work becomes commodified.

In the official music video for “Child of God,” directed by Troy Gueno and released on March 25, Opiangah painted a 6-foot by 12-foot artwork.

Did he give Opiangah a deadline for completing her painting for the cameras? Yes, yes he did.

Apparently, the artwork influenced the title of the song.

“The piece itself is an embodiment of Blackness. It’s a lot of black bodies in the piece, and not only is it a multitude of them, but they’re all women,” Chance explains. “The fact that we exist, that we survive in the world that we live in is a testament to the fact that we are the children of god.”

In addition to Chance, Colbert also talked about his own Ben And Jerry’s flavour, “Mint Chocolate Chance,” proceeds from which go to his non-profit, SocialWorks.