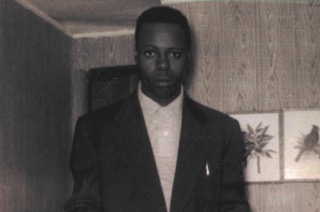 “Step on Step” is a recently discovered home recording from the late ’60s, and the first track released under Stepney’s name.

This posthumous release honours the acclaimed songwriter, producer, and arranger who probably made his mark as co-writer of Earth, Wind & Fire’s 1975 classic “That’s the Way of the World.”

“Step on Step” is a newly discovered home recording from the late 1960s, and the first track to bear Stepney’s name.

A native of Illinois, he recorded the song to four-track tape in the basement of his home. In it, Stepney layers his own piano and vibraphone performances over an early drum machine, providing a bare-bones overview of his talents.

International Anthem, which releases “Step on Step” on Saturday (March 26) in honour of Stepney’s 91st birthday, has released the song.

During his time as staff arranger at Chess Records, Stepney was viewed as one of the underrated heroes of Chicago soul music.

As a musician, Stepney influenced the sounds of Rotary Connection, The Dells, Muddy Waters, Minnie Riperton, Ramsey Lewis, Earth, Wind & Fire, Terry Callier, among others. He passed away in 1976 when he was 45. Numerous musicians have sampled his work, including A Tribe Called Quest, The Fugees, Kanye West, Jay-Z, D’Angelo, Gang Starr, and Jurassic 5.

Eibur, Charlene, and Chanté Stepney, the three daughters of the late music man, have released a new album inspired by their father’s musical legacy. This is only the beginning of a series of releases. A statement from the Chicago-based label International Anthem says that the Chicago-based label will release more news and music in 2022.