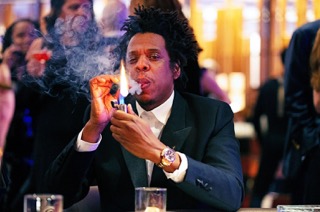 It is hip-hop’s rich history that shares countless pivotal moments captured by revered photojournalist Shareif Ziyadat in his snapshots- from the legendary rappers creating classic albums to the groundbreaking moments that changed the genre. For over 25 years, Ziyadat has shot prominent figures including Jay-Z, Diddy, Kanye West, among others.

In the ’90s, a high school friend asked Ziyadat to shoot The LOX in Yonkers, New York, which he accepted without hesitation. Ziyadat was on his way home from school when he bumped into Joaquin “Waah” Dean, co-founder of the legendary Ruff Ryders Entertainment.

“I had the camera in my hand and knew this was my chance, so I went to talk to him,” Ziyadat tells Billboard. “I’m 19 at the time. I jump off the bus with no money to go back home and introduce myself to Waah, saying I shoot The LOX all the time, even though it happened [every] so often. He invited me on their tour, and I’ve only been in school for a month, but I had to be there.”

Ziyadat soon became the crew’s go-to photographer, shooting all sorts of content for them. He has always been inspired by the Yonkers culture, which only intensified after he met DMX for the first time in a studio.

“The first thing DMX tells me is ‘Do you love what you do?’ I told him, ‘Of course I do,’ and he said, ‘If you do, you’ll never have to chase money. It will chase you,’” Ziyadat recalls. “He was the biggest thing in music at the time, so hearing that was so motivating. The energy was so pure, I wanted to be a part of it all the time. When it clicked, I knew there was nothing else I wanted to do.”

Working with 50 Cent, in particular, helped Ziyadat realize where his passion could go because of the support he received from the Ruff Ryders. “50 has been a blessing in my life because he was a big turning point for me getting into the ad campaign world,” he says. “Me being with Puff and all those guys were great for exposure, but the way 50 vouched for me and made things happen while I worked with him, no one else did.”

These days, Ziyadat is still just as drive-byBelow, Ziyadat picks the seven best pictures he’s ever taken throughout his career — ranging from music video shoots to brand campaigns and fundraisers — and tells the story behind each one. an inextinguishable fire that keeps him in the game. “I’ve never had a moment where I wanted to hang my camera up,” he adds. “I’m at a stage where I want to evolve and be innovative, like Jay-Z, who always does something that turns heads. That’s the energy I want to build off.”

Working with 50 Cent, in particular, helped Ziyadat realize where his passion could go because of the support he received from the Ruff Ryders.

Check out the complete best pictures collection on this special article by Billboard. 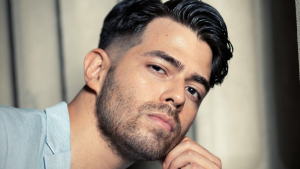