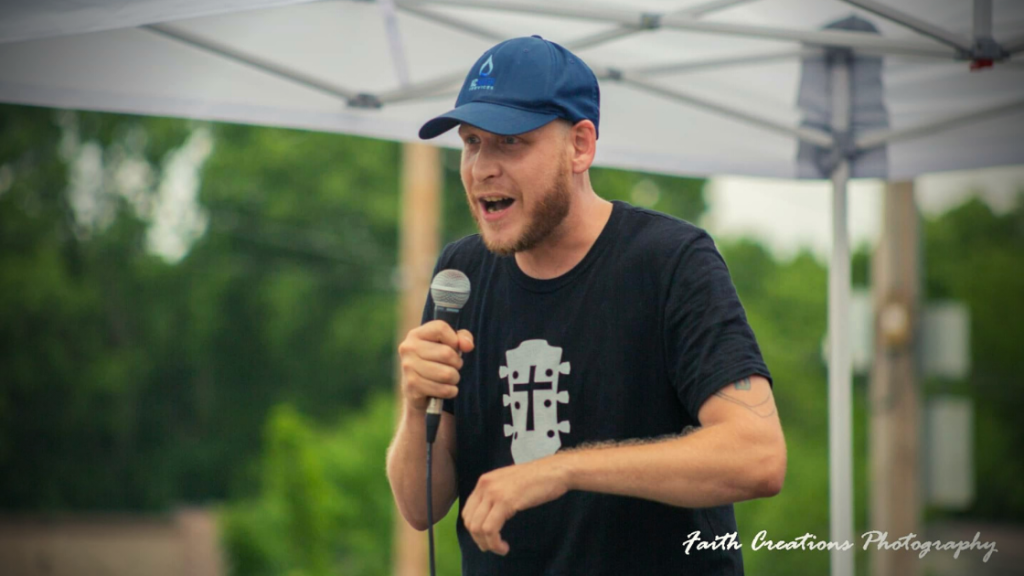 Eric Cohen, the Kansas City rap artist who recently released the single “A.M.E.N.”, is about more than professional musicianship and a dope flow.

He’s about story-telling and helping people find the light through his art. After he overcame drug addiction and all other kinds of personal life struggles, Eric made it his mission to make his music inspirational, upbeat and relatable to people struggling with addictions, depression and self-worth issues.

And he’s been largely successful, as he has gained support from both real fans and industry insiders who see the good in what he stands for.

We talk about inspirational music with the producers and curators from PopHits.Co all the time. We love sharing new music and following artists who are releasing their newest material.

Sometimes we find these diamonds and we can’t help but invite them for an interview with SuperPop.TV. Some of our favourites in the hip-hop genre include Logic, Kendrick Lamar, and J. Cole. Above all of those from the mainstream, though, our favourite this month is Eric Cohen from Kansas City.

Lecrae, Toby Mac, We Are Messengers, and Andy Mineo is some of Eric’s musical influences. As a result of his life experiences and spiritual inspiration, he brings a message of hope, peace, and power to people of all faiths and backgrounds.

There is a beat at the beginning of it all… There has been a lot of darkness in Eric’s past. As a result of a chaotic childhood filled with poverty and addiction, he has experienced sin and vice himself.

Thank God for never giving up on him, he says, even though it has not been an easy road. The world’s temptations and pain continued to trouble him, even after he accepted Christ and got clean. It’s a constant fight!

It was two years ago that Cohen’s world crumbled. The relationship between him and God as well as his family was at its lowest point. The man said that he felt useless, lost, and despairing at the time. As he slept in his car, unable to face his loved ones and with almost no hope for the future, he had no idea what the future held for him.

He heard a call at that moment. In the background, a beat was being played on the radio. That’s where it all started. He stated that his soul had been stirred for the first time in a long time. In response, he bowed his head and allowed energy to flow through him. The artist says that when he opened his mouth, poetry just flowed out, something that his heart had been suppressing for a long time. There was then a conduit to let the light through and shine in the dark.

Cohen was perplexed at the time but decided to let it flow. He uttered those words, sending goosebumps and trembling through his whole body. At that transformative moment, he felt a rebirth taking place. This is a new calling! As a result, his life was not only transformed, but also inspired others to seek help and make changes for the better. That’s such a great testimonial!

If you’re looking for an artist whose music will give you life lessons and help you through a difficult time, then check out Eric Cohen’s single “A.M.E.N.”

Eric Cohen is an indie rapper from Kansas City who has been active in the hip-hop scene for over two years, he started his career in 2020. Since that time, he’s released a number of singles and albums, all of which are available on Spotify. He has become known for his emotional connection with fans, as well as his ability to share life lessons through his music.

In his new single “A.M.E.N.” and in most of his music, he connects deeply with many from the younger generation. Eric raps about overcoming addiction and finding hope in the most difficult of times.

He talks about how important it is to remember that there are people who love you and want to see you succeed—and how they can help give you strength when things get tough.

The song “A.M.E.N.” also features a powerful message about finding peace within yourself and not being afraid of what other people think about your choices or actions—a message that resonates strongly with anyone who has ever struggled with drug addiction or other life struggles.

If you’re looking for some uplifting tunes to listen to and include in your playlist, definitely check out Eric Cohen’s latest release! Watch his interview, visit his social networks and follow him on Spotify.