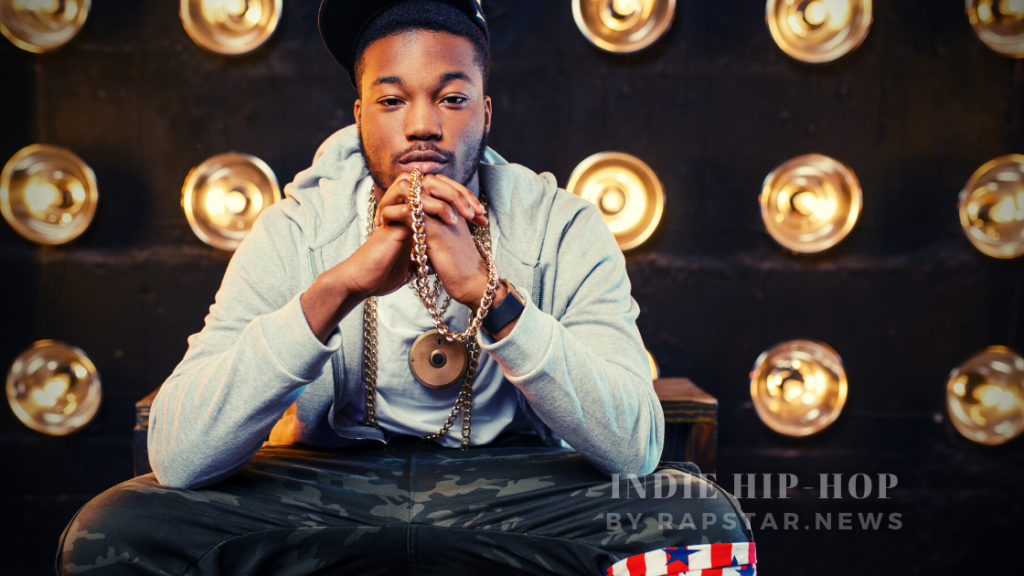 Songs about life, ballads about heartbreak, protests and tracks about growing up. This playlist covers independent hip-hop artists of all ages and appeals to various fans.

It proves hip-hop is so diverse it can appeal to individual tastes. Listen to the playlist on your way home from work while studying or unwinding before bed.

If you’re into singer-songwriters with soulful voices mixed with rap and electronic beats, then the following playlist will make you fall in love with hip-hop music again.

Music has this amazing quality of being able to transport us to a different time, place or emotional state. A song can make you nostalgic for the past, encourage contemplation about the present, or motivate you to dream about the future.

I have been listening to rap and hip-hop for over 20 years now and here is my selection of some great songs released by independent artists in the past few months. Take a listen and support them by adding their music to your own playlists.

You can listen to our full playlist which contains the artists’ music, and know more about the artists by scrolling down the page.

The UK has a growing hip-hop community, and PRIME SINISTER is one of its rising stars. He’s got that classic boom bap sound and a flow that’s all his own.

His single “Barium” is a great example of his style: it’s laid back, but with an edge to it—you can tell there’s something bubbling just below the surface. It’s a perfect example of how he balances laid-back rap with some serious lyrical content. The track Prime Time is a good example!

His sound is very reminiscent of early New York hip-hop artists like Nas, but with a more modern spin on things. It’s clear that PRIME SINISTER has been influenced by all kinds of different music genres—and it shows in his lyrics as well as his production style.

His ability to combine multiple influences into something new and exciting makes them stand out from other artists in the UK scene right now.

If you’re looking for some new UK hip hop to check out, definitely check out PRIME SINISTER! Check it out, visit the artist’s website and follow on Spotify.

This is a different kind of review of Trevour Amunga‘s single “Sweet Touch.” The song was released in the United States, in Los Angeles. It’s a song that is alternative hip-hop with retro guitar and lo-fi vocals.

It’s no joke, this track has a different touch, that could be described as “sweet” or trippy, it makes you high or improve your “highness”. The song sounds like it could be part of an art-pop album. It has a quirky feel to it, with male vocals and an anthemic vibe.

The song has a fun sound that makes you want to dance and sing along with it. The artist uses traditional hip-hop beats but adds his own spin to them by adding retro guitar riffs and lo-fi vocals that give it an interesting twist. Sounds strange at first, but keep listening, and you will see what this is all about.

This song is perfect for fans of alternative hip-hop music who want something new and different from what they’re used to hearing on the radio today. Check it out, visit the artist’s SoundCloud and follow on Spotify.

If you’re looking for the kind of hip-hop that the youths are into these days, you’ve got to check out TRAV B RYAN. It’s not only the music itself, it’s mainly about the level of quality and the message of this project.

This guy is taking over the indie rap scene by storm with his new single, Self Love (Feat. Rxdeboy). It’s a banger—it has everything you could want in a trap song: some cool autotune effects using voice as instruments’ harmonies, great male vocals, and some good old-fashioned attitude.

If you’re not familiar with this style of music, it might take a few listens before it clicks with you—but once it does, you’ll be hooked! This guy knows what he is doing, for sure – he is super integrated into the Hip-Hop scene but also R&B and pop.

And don’t worry if you don’t get all the lyrics right away—they’re pretty straightforward. But if you want more information about who’s doing what check out his website.

If you’re looking for something modern in the world of hip-hop, then look no further than Trav B Ryan’s latest single “Self Love”. Check it out, visit the artist’s website and follow on Spotify.

JOHARI TURNER is a hip-hop artist from Dallas, Texas. His latest album, Basquiat Dreams, is a seven-track release that’s full of great mumble rap, autotune effects, and indie R&B tunes. The album has been getting plenty of buzz and has been featured by producers from PopHits.Co and their playlists.

The first track on the album is called “Showtime” and it sets the tone for what’s to come: lots of vocal effects paired with trap beats and some clever lyrics about being young and trying to make it in life and also in the music industry.

The whole thing sounds like an emo rap track if emo rappers were into more electronic music than rock music. There are lots of tracks to explore, but our favourite is “Selfish”, this track is slower, and besides not being themed positively about love, it has a sexy vibe to it.

It continues with more auto-tuned vocals over trap beats but this time there are some added background effects that make the song sound even more pop and R&B. If you’re looking for some pop trap to listen to, then Basquiat Dreams should definitely be on your list! Check it out, visit the artist’s YouTube and follow on Spotify.

If you’re into experimental hip-hop and haven’t heard of IREQ SAVAGE, then you’re missing out. This artist from Orlando, FL has been making music in the underground scene with his latest EP, Reverse Reflections.

The EP features four tracks that are all about trippy hip-hop songs with a glitchy electronic soundscape and dreamy vocals. The EP is experimental in nature, but it maintains a solid hip-hop vibe throughout. It’s one more that works well when you are high as it is all on a reverse sound effect.

IREQ Savage’s Reverse Reflections is an exciting and fresh take on the current state of US hip-hop. This is not your average boom bap, nor is it your average electronic rap album.

It’s something new and for a niche—works perfectly for the cinema industry too as a soundtrack, and it’s something that we need more of in an industry that often feels stagnant and stale. Check it out, visit the artist’s BandCamp and follow on Spotify.

When I first heard the single “Ring The Bell” by BREON S.Y.N.D.E.L, it grabbed my attention in seconds. The track combines the best of hip-hop and emo rap, with a sprinkle of dill and a dash of trap, to create a sound that is at once familiar and fresh.

The song begins with an ominous, dark beat that slowly builds into a distorted bass line before BREON’s vocals take over. His voice is raw and unapologetic, but also vulnerable in its delivery—it feels like he’s singing directly to you from across the room.

He gives himself over to this feeling with an intentional lack of Auto-Tune effects in some verses or other digital processing on his vocals—something that is becoming increasingly rare in modern hip-hop music as artists move toward using computerized voices in the whole song instead of their own voices (think Future or Lil Wayne).

The song takes us through a journey of emotions; we start off with a sense of intimidation as BREON raps about his heartbreaking situation where he wanted to kill himself, and then moves into a more reflective mood as he reflects on his past experiences with love. Check it out, visit the artist’s YouTube and follow on Spotify.

DRE DAY 100 is a hip-hop artist who grew up in Austin, Texas. He has been inspired by the classic sounds of US rap culture and has created a unique style that echoes those influences.

His latest single, I’m Not Crazy, features him rapping about his struggle with colleagues at work and a bad job in the city where he grew up, over a beat that contains classic hip-hop elements. The song has a catchy hook and will be stuck in your head after listening to it once or twice.

DRE DAY 100 has an authentic sound that draws on his experiences growing up in one of America’s most vibrant cities for artists. His lyrics are witty and insightful as he reflects on how the circumstances have shaped him into the person he is today.

The artist also uses references from popular culture to give listeners a sense of what it means to live in Austin without being too preachy about it. Sometimes it’s negative sometimes it’s positive, and it depends on the listener’s perspective.

DRE DAY 100’s music is perfect for those who want something new but aren’t ready to jump into mainstream hip-hop just yet! Check it out, visit the artist’s YouTube and follow on Spotify.

RPXSB has released his new album CREATURES…Act III: JOPO, and it is a must-hear 8-track collection for anyone who loves hip-hop.

The album starts off with a classic boom-bap beat, “Bad Lemons”, and RPXSB’s smooth vocals are accompanied by a female vocalist, but it’s a child. Yes, it’s very curious how this rapper could adapt music from the 40s to 2022 and we loved it!

It sounds like something that could have been made in the 40s or 50s, but it still feels fresh and new, it’s an interesting blend of music genres and a proper time journey. There is a lot to explore here, and also a surprise.

The track “Friday Night At Tootsies” is more upbeat, but with an almost jazzy feel to it. It’s like a trip through time—it feels like it could have come from any decade between the 70s and today. It has a calm Jazzy melody but it’s pure Hip-Hop at its best.

RPXSB has been hailed as one of the best upcoming artists in hip-hop, but this album proves he’s already here!

If you’re interested in discovering some new-age hip-hop music from an independent artist then check it out. The surprise I mentioned is that it’s a triple album project, so each album complements the others. You’ll have to listen to his three last albums to fully understand the concept. Check it out, visit the artist’s website and follow on Spotify. 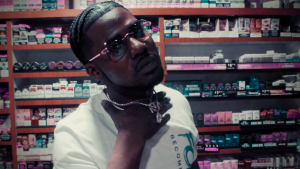